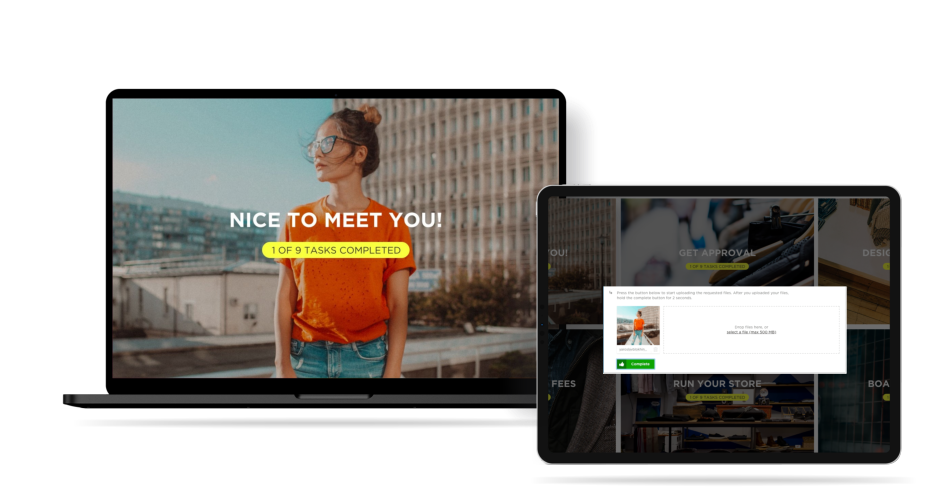 Client
Retail organisation.
Task
Simplify and accelerate the process for opening franchise stores around the world, and enable better controls.
Target audience
Potential franchisees worldwide, plus company employees.
Solution
A progressive B2B web app with an improved and centralised process.
Result
The process is easier and faster to complete, with greater control by the parent organisation.

Together with partner Effacts, usmedia developed a progressive web app enabling faster and better controlled opening of new franchise stores thanks to links with the legal bookkeeping system EffactsAPI. Every step in the process is recorded centrally, and all the information immediately organised in a legally sound structure.

We reviewed the current compliance process, working closely with the client and Effacts. Then, together with Effacts, we developed the API step by step to facilitate an improved procedure. The web application is fully in line with the client’s design requirements and has been developed with plenty of focus upon user-friendliness.

The progressive web app was built in Angular, an open-source JavaScript framework excellently suited to complex applications of this kind. It enables us to create powerful web apps fast, with a modern web stack.

Effacts is the legal bookkeeping system developed by Wolters Kluwer. Using EffactsAPI, we record every step in the process and ensure that all the information is saved immediately in a legal structure.

The application runs, entirely scaleably, on Amazon Web Service (AWS) in the cloud. New versions are rolled out entirely automatically from version control to development, staging and production environments.

The franchising process is now centrally managed and is easier and faster to complete. All legal and other information is available to authorised personnel at all times, in a totally controlled environment.

The partnership between Effacts en Us Media goes back a long way. We know one another very well, and the people in the teams know what to expect and where the responsibilities lie. It is both pleasant and efficient that we are completely open with one another about what we need, without that coming across as demanding.

My colleagues from Legal and I were heavily involved in the design process right from the beginning. I wouldn’t have it any other way. It was good to see that Us Media quickly understood what we needed and thought along with us. And that agreeable collaboration continues. We are constantly honing the application, based upon user experiences and internal changes.